If Salome fails during parameterized case update with a different parameter value or if you are not able to run a case made from STEP files which have been sent to you, the Salome file might be corrupted.

In this article we will go over the steps needed to resolve the issue with corrupted Salome case.

Open your case in Salome and use function File → Dump Study, then save python file.

Depending on the case you need to make one or both corrections to your python file.

IMPORTANT: Pay attention to the slash direction in your path, it should include "/", not "\".

IMPORTANT: This can occur for both sent cases and parameterized cases.

In Salome open a new study by clicking File → New. You now have a new study opened in Salome. 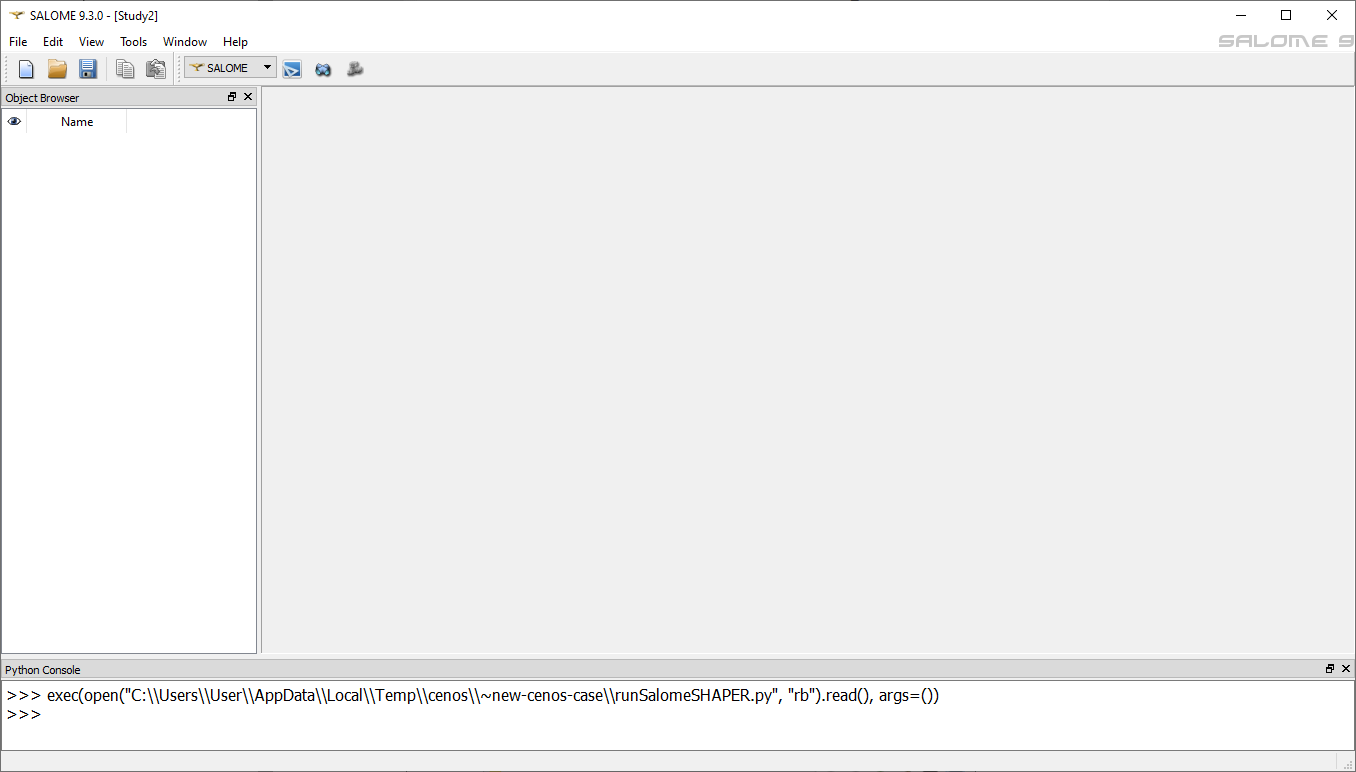 Load the case with correct paths by clicking File →Load Script. Select the python file you created in Step 1, and load the case. 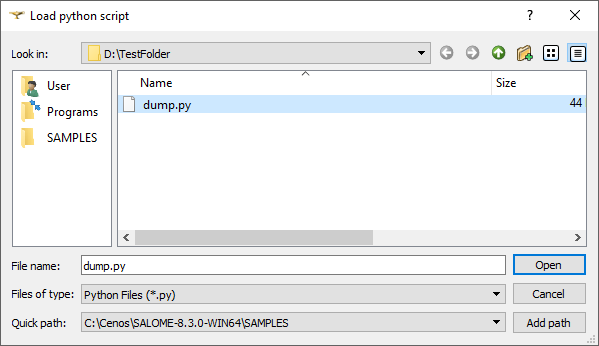 Now you can run the case on your computer!