Heat treatment with induction heating method is a viable choice for not only heating of small mechanical parts such as gears, but also for heating and hardening of long parts such as metal strips or shafts of any kind.

CENOS platform offers a moving mesh to simulate induction heating of a workpiece moving through the inductor or scanning.

When to use scanning?

Scanning is used when the geometry moving through the inductor is too complex or cannot be simplified enough to use Motion, which requires an infinite, one profile workpiece to define linear movement.

In this example the strip heating can be simulated using Motion, because the workpiece can be defined as infinite, and it's profile does not change. The splined shaft is a finite part with different profiles across its height, which means that Motion will not work and Scanning must be used. 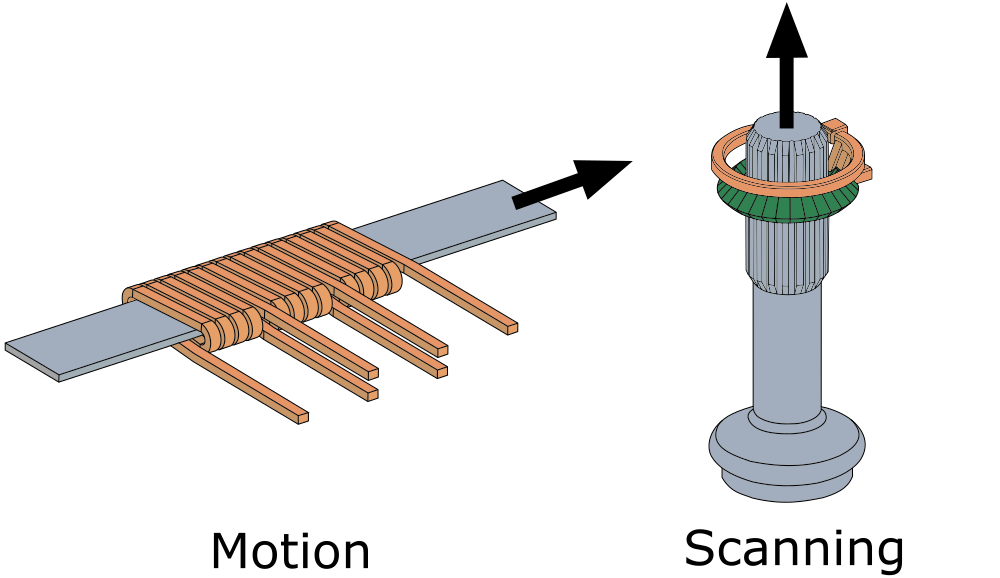 How to use scanning?

IMPORTANT: Scanning is implemented in the simulation through the inductor parametrization - the inductor will be the one to move along the workpiece.

Create a geometry with a parameter that allows you to change the position of your inductor along the workpiece. In this 2D axial-symmetric example the Y coordinate was made parametric for the center point of the upper winding of the coil. Because the windings were created from this point, through it we can change the position of all windings together. 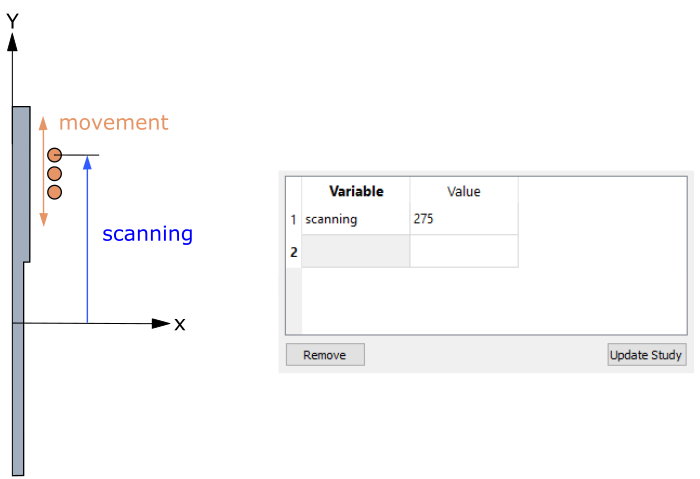 When your geometry is ready and the mesh is exported to CENOS, you can define the scanning parameters. In SIMULATION CONTROL window check Enable box under Dynamic geometry variables. Define the start position of the inductor through Initial value and the inductor moving speed through Velocity.

IMPORTANT: By changing the Velocity value from positive to negative you can change the direction of movement!

To correctly use CENOS scanning feature, there are a couple of limitations and things to avoid.

IMPORTANT: Make sure that the inductor does not leave the computational domain!

When creating mesh for Scanning, there are 2 things to remember:

IMPORTANT: The scanning should be used to move only the inductor, not the workpiece. 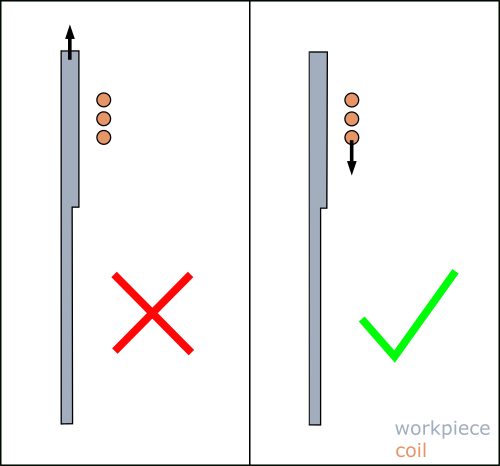 Because scanning uses Salome parameters, the count of parameters is important - whole inductor must be parametrized with one parameter.

IMPORTANT: You can only select one parameter for scanning, so be sure to parametrize inductor with only one parameter. 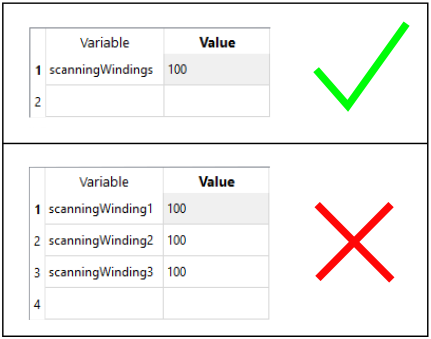